What turns a good property management business into a great one?

Property Management Matters with Tara Bradbury – Listen for the cues and they will be the clues. More role play with Tara

Kevin: Back with us once again this morning Barney McGrath from McGrath Consulting and we’re looking at the principal coaching made simple. Yesterday we had a really good look at your why, I guess is another way to describe it, your vision. Let’s have a look this morning Barney at property management. Give us some of the indicators there about how we can run a better property management business.

Barney: Alright Kevin, lovely to talk to you again just as a general topic. Mate, look, PM very hard to cover in five minutes, so I’ll be quick. I think the overall driver that we’ve got to be looking for is margin. So many businesses I work in, when you really boil it down, you know, they’re lucky to be making a 20 percent cleaning at the end of the day. Or an operating profit.

Barney: I believe, in this day and age, if you’re not doing 25 percent, you need to have a serious look at yourself. A lot of your principals are probably looking at that number and going, this guy’s on drugs. But I think it’s really, really do-able with the technology platforms, with the ability to leverage, with the processes and procedures that we’ve got today. Our biggest overhead cost is people.

Barney: Look, I think generally we do, it’s our largest asset, we want to protect it, we want to love and look after our landlords. But that can be done more effectively today than ever before.

Barney: You know, when you look at the crucial reporting in the property management business, obviously gains and losses are really fundamental in terms of our asset protection. But, equally, you know, with a number of the businesses we look at, the gross revenue number, and again, the margin, or the even, however you want to call it, is the other key drivers for most of my clients. And as soon as you see some challenges in that, and you know, and probably most of your clients know, our percentage fees, our management fees are the things under greatest stress at the moment. You know, every man and their dog is offering to do it cheaper. And it won’t be long before we see a disruptor come in and offer to do it for half a percent, and we’ll all be in trouble.

Barney: But, you know, tracking arrears, keeping track of maintenance, ensuring we do all our own inspections, all of that stuff’s still really crucial. But I do think going forward, really keeping an eye on costs, and really building processes, and, it’s fundamental.

Kevin: Yeah, of course those reporting, that you’re talking about Tuesday, this is Tuesday, and on Tuesday we do a section on property management for property tree, there’s no reason why, with a program like property tree, you can’t be really dead set on top of all of those numbers, you know, because of its, if it can be reported, it’s going to get done, and it can be improved. It can be improved.

Barney: Absolutely, I’ve got another client at the moment who’s got a really multi faceted business, he’s in livestock, he’s in residential, he’s in rural, he’s in all sorts of things. And we’ve just restructured all of the reporting that ends up on his desk each week. The goal being, if he’s allowed to go digging in the business, he gets caught in minutiae, and he end’s up burning hour after hour after hour. I’ve now restructured the reporting that sits on his desk every Monday morning, and if he can lock himself away for one hour, he has a complete vision of the entire business and all of its divisions.

Barney: So, that’s something I think’s really important for your principles.

Kevin: What about scale, you know, how big should a rent role get?

Barney: Look, it’s like every business in the world, there are sweet spots and there are lost moments, I think anything under 500 is a struggle, to make serious money. And, you know, getting every small property management business up to around 500, I think, is a goal.

Barney: The next sweet spot that I see is actually up around 1,200. You know, and it’s increments upwards of that. I’ve got a couple of clients, I’ve got one client who’s got a, you know, 6,000 plus, I’ve got a couple at 3,000. They’re all very profitable businesses, and you start to get into some real economies of scale.

Barney: Kevin, one thing I’m gonna say, and this is going to be really contentious, but I think it’s worth putting out there. I think the way we value rent roles traditionally is gonna be under a lot of threat. We traditionally pay anywhere from three to four times the gross revenue of a property management business, and if you think that the margin’s 20 percent, we’re getting a three times multiple, it says it takes 15 years to pay back the debt.

Barney: Now, we know the average turn of a property is about eight years, because we all turn about 12 percent per annum. So, I think banks are going to really tighten up the way they value our businesses. I think they’re going to start doing it on ebit, in fact, we’re already starting to see that from some of the banks, and I’m not going to name names. But, you know, if you’re margining 20 percent, and you’re being valued at an eight times multiple of that, all of a sudden you’re actually getting a one point six times multiple.

Barney: So, Kevin, the last thing I’d really like to touch on is offshoring, a lot of my clients at the moment, it’s sort of the new, shiny object. I would tell you guys to hasten slowly. I’ve seen so many people put two and three people and four people and five people off shore, and not replace the bodies internally, because they haven’t built processes around it. And they end up actually carrying an extra overhead. There’s a lot of people out there, who are offering shared services in the offshore environment, and my best advice to your people is, if you haven’t got 1,200 plus properties, don’t even look at it. And if you’re gonna start looking at it, start slowly and consider sharing space with other people, and, you know, I could tell you five or six people that are doing that but I won’t name names, I’m gonna treat you like the ABC.

Kevin: Good on you mate, thank you, good catching up, we’ll talk about sales tomorrow when Barney comes back, thanks Barney, talk to you then.

Barney: Great talking to you Kevin. 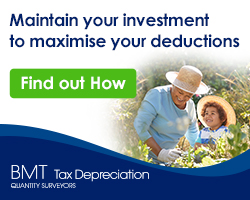