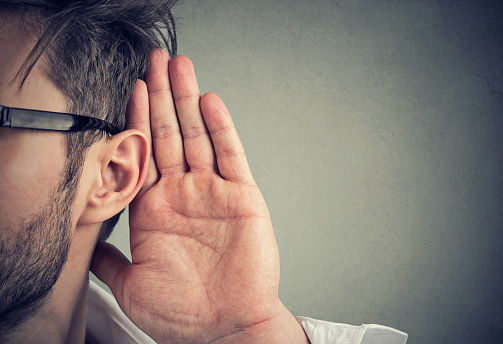 16 Aug Would You Listen to You?

Posted at 01:00h in Blogs by rolanrush 0 Comments
0 Likes

Many sales people, especially those new to sales, often take it personally when a prospect says ‘NO’ and fail to persist with their prospecting efforts while others turn prospecting into stalking not knowing how to engage a prospect effectively. Either way, these people are failing to favourably and persistently position themselves with prospects thus limiting their sales opportunities even further. In sales there is a fine line between persistence and stalking a prospect.

So why do these figures persist? What were the successful sales people doing that the others are not? How do you capture the attention of your prospects and determine whether or not they want to engage with you and how often should you be making contact? Assuming you are making contact with prospects, the first thing you have to ask yourself is: if you prospected yourself would you be worth listening to? If you get a ‘NO’, you cannot blame your prospects for not being interested either.

The second thing is to assess where your prospect is at on the ‘ready to buy now’ scale and how you are going to maintain contact with them if they are not ready to buy now. Because, folks, not everyone is a viable prospect all the time. Sales people have to come to realise that not every prospect is ready to work with you straight away, however this does not mean they will not be viable in the near future. Our job in this instance, is to work out where our prospect is at and find out when they are likely to see what we do as relevant to their situation. If they are not ready now does not mean they will never be ready. Our challenge as sales people is to know how to remain in contact with and be relevant to potential prospects while not putting them off or having them want to take out an AVO (Apprehended Violence Order) on us.

The brutal facts: at best, sales people tend to check in on their prospects on a random basis, leaving their prospecting efforts to chance. They also tell us that they are worried about what to say to prospects when they follow up and do not know where to start or how to capture peoples’ attention. They think prospects will not be interested in speaking with them and then they shoot themselves in the foot by not calling the prospect at all or messing up the prospecting call by not engaging with the prospect and finding out if we can talk now or in the future.

Like every aspect of selling, following up on prospects in your pipeline should be part of a planned routine. In our experience, with the exception of prospects already in the sales cycle, that line is usually drawn at about one direct contact every 5 weeks. Rather than get caught up worrying will the prospect pay attention to you or not, let’s look at the many ways you can to stay in meaningful touch with prospects and not be considered a stalker. Plan to use a combination of direct contacts (via the phone) with indirect contacts (email, social media, etc.) to stay in touch with prospects.

Tip: using the phone exclusively is generally not the best way to stay in touch with prospects. Instead we suggest you mix phone calls with email and social media which can be both individualised and general interest (to the prospect), rather than generalised corporate brochures.

Week 3: send a company email newsletter, announcement or article. It doesn’t matter what you send as long as it is content-rich and not an advertisement for your products or services.

Week 4: Another indirect contact via email or social media such as something specific to the prospect i.e. a news article, something about their industry that is relevant to them, their company etc. This contact is designed to strengthen your personal relationship and build rapport. But please note: it must be sincere and genuine or your efforts will be seen as sycophantic and grasping.

Week 5: Another follow up telephone call – this must be structured by defining a Valid Business Reason (VBR) for your call to your prospect – a VBR is something of interest or relevant to your prospect not you.

What about Week 2? After you initial dazzling VBR in Week 1 give your prospect time to digest where you are coming from. If they are not ready to see you yet what you say can start planting seeds in their mind so that the next time you contact them you are building a strong case for them to want to see you down the track.

Important point: When making a follow up telephone prospecting call, make sure that you are not still thinking about what to say as the phone rings. Even if you an experienced sales person you need to work out our intentions and what you are going to say before dialling the number.

Establishing your VBR by jotting down a few key points about what you want to convey to your prospect and having a fall back position handy just in case the initial VBR does not work is the sign of a good sales person. Even practice saying out loud what you want to say in that first 10-15 seconds is very helpful.

Remember: Prospecting is the oxygen that fuels the sales fire and without effective prospecting we cannot sell. If you are curious about being effective at prospecting then here are some useful articles that will add to your sales knowledge bank.