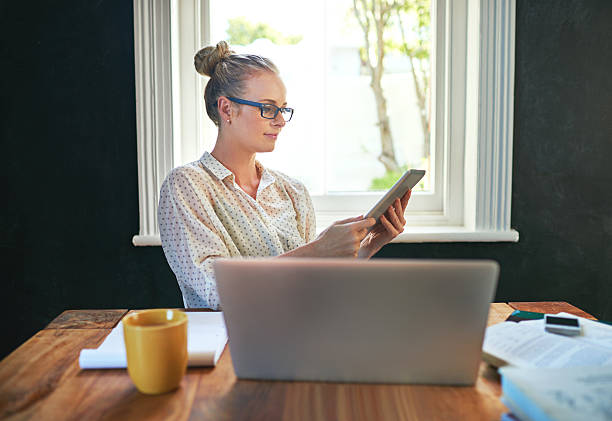 Posted at 14:45h in Blogs by rolanrush 0 Comments
0 Likes

This is not just a trend or a passing phase. This is the reality of running a real estate business in the new decade.

Where did outsourcing come from?
To make it clear just how we got to this point, let’s go back in history a bit. Outsourcing as a viable concept really started around the mid-90s when internet became more widespread and faster. No internet, no business outsourcing.

Large companies which had always done everything themselves in-house suddenly found that they could get the edge on their competitors by exporting some of the labour. It’s not just that the offshore labour was cheaper. By eliminating necessary but menial tasks, businesses could focus on the things that set them apart.

Think about if from the angle of manufacturing businesses. If Nike can spend less money paying people to thread laces into shoes, they can spend more on design and marketing. Which equals explosive growth.

It’s the same with other businesses. Once it became possible to send repetitive tasks to places where people had a high education but labour costs were lower, then businesses could focus on their core competencies – areas where they were unique or could get a competitive advantage.

Of course, in those early days, only big business could take advantage of these possibilities. It wasn’t cheap to set up an international office, recruit and train staff, integrate their tasks with your local employees, and manage cultural differences. And in the early days, we’re talking about dial-up internet. Broadband wasn’t a thing until the late 1990s. Bigger companies had the dollars to invest in infrastructure and could roll it out to their offshore staff.

As internet got faster and cheaper, small and medium sized businesses could finally take advantage of the offshore revolution. In a lot of ways, smaller businesses found outsourcing easier, because they weren’t usually working in silos. They were used to pooling and sharing resources, so it was less of a leap to shift those tasks offshore. They were able to leverage off the improved infrastructure which was already built out. They could also take advantage of years of experience which led to the creation of more diverse business processing offices that were tailored to small business.

Real estate businesses try outsourcing
The real estate industry was a little slower to get on the offshore bandwagon. It wasn’t really until the 2010s that real estate businesses started to look into getting virtual assistants There are a few reasons for that. One is that the industry is generally pretty conservative. Buying and selling houses hasn’t changed that much over the past couple of decades. A bit of new technology here and there, a couple of tweaks to laws, but the fundamentals stay the same.

Another reason is that real estate professionals pride themselves on having a personal touch. When you’re a people person, it’s hard to see how any of your job could be sent offshore.
This is a bit of a blinkered approach. It doesn’t take into account all the stuff that goes on within a business to keep it ticking. Things like bookkeeping, writing reports, sending emails, making appointments, ordering stationery, designing posters, cropping photos, placing ads, updating websites, calendars – the list goes on. And it’s all important stuff – but it’s not anything that needs to be done by a talented salesperson or dedicated property manager.

Some adventurous real estate business owners started trying out virtual assistants and offshoring part of their back office operations. It became something that people talked about at conferences and meet-ups. “Hey, do you have a VA? Where is yours? What do they do?” It was a bit of a buzzword, a trend that people were trying out. They knew there were benefits, but didn’t always understand what those were.

Why outsourcing gets a bad rap
We’ve heard all the criticisms. People think that outsourcing instantly means lower quality of staff, hiring people who don’t value your company, and who take twice as long to do half as much. That your Australian or British or American customers don’t want to deal with someone in India or the Philippines. That virtual assistants can be bad communicators and disappear for days or weeks at a time.

The main reason outsourcing gets a bad rap isn’t because of the virtual staff. Like anything, it comes down to the manager. If you don’t take the time to hire the right people, to make sure that they know their role, to give them the tools they need to succeed, then yep, you can expect that they’ll fail.

And in those early days of real estate virtual assistants, that’s exactly what happened. Business owners hired someone off oDesk (now Upwork) for a couple bucks an hour. What did they have to lose? They loaded up their new real estate virtual assistant with a bunch of random tasks. Sometimes it worked out great, but mostly it didn’t. Without the right training and resources, the VAs simply couldn’t do their job properly. The owners were left spending hours fixing up a problem that they had created. And they were left with a bad taste in their mouth about the whole experience. For a while, it seemed that it was just a fad that would pass.

A new age of offshore solutions
Outsourcing has come a long way since those early days of the online labour marketplace. Companies like mine are set up to take the guesswork out of hiring offshore staff. Real estate business owners have become smarter, doing their research and understanding what can and can’t be sent offshore. There’s a wealth of resources online from articles to YouTubes to courses.

Offshore staff have changed too. Being a virtual assistant is not just something you do if you happen to have an internet connection. Experienced staff in the Philippines know that it’s a committed job that requires them to be there 9 – 5 in their client’s timezone. Business processing offices (BPOs) provide modern office space and technology, meaning that staff aren’t left to the vagaries of power outages, cyclones, poor internet, or outdated technology.

Basically, the whole industry has matured. For real estate businesses today, having a mix of onshore and offshore staff is not just a fad – it’s a necessity.

The effect of outsourcing on the real estate industry
Running a real estate business can be tough, with long hours and lean margins. I always say that a quick way to keep more money in your pocket is to reduce your costs. And that’s exactly what smart real estate business owners have been doing for a few years now by sending tasks offshore. I see more and more owners who have not only improved their profit margins, but also their quality of life. You and your staff don’t have to be breaking your backs to run a successful business. The goal is to work smarter, not harder.

You can see the effect of outsourcing all over the real estate industry. Every day, we see property video ads that are made quickly and cheaply with a production value only the most lucrative clients could afford a few years ago. Ads go up the day a contract is signed, social media posts are regularly updated, messages replied to, testimonials tweeted, images edited, contracts exchanged, finances filed, appointments set up – all seemingly instantaneously and by magic.

It’s not magic. It’s real estate offshoring. It has completely changed the real estate industry. And it’s here to stay.

Where to next?
Having a real estate virtual assistant, or a whole offshore real estate team, is the new norm. The industry reached a tipping point and there’s no going back. You can’t put the genie back in the bottle, right?

It’s simple. Any real estate business that hasn’t embarked on the offshore journey is going to be left behind if they don’t catch up quick. Costs are increasing, margins are decreasing, customers are getting more demanding. Real estate business owners must deliver more value with less cost. It’s what I call the Offshore Tipping Point – the moment when you realise that the only way to make your business thrive (and not just survive ) is to learn how to work with an offshore team. It’s not just your bottom line that will thank you, but your mental health too.

The days of businesses doing everything in-house are long gone. Real estate virtual assistants are the new norm. If you don’t already have an offshore team in place, now is the time to act.