01 Aug Dialogue that leads to the deal

With vendors at the moment as we know pricing is a real big issue for a lot of them.  Some of them have still got 2017 price expectations in their minds.

Topic – Mindset for a changing market

Mastering Social Media with John Hellaby – Being relevant to your marketplace

Kevin Turner: So what’s the winning dialogue you can use in a changing market that’s going to bring about the deal? Just two pieces of dialogue that we’re going to tell you. Two gems, this morning with Rik Rushton, our guest mentor. Good day, Rik, how are you doing?

Rik Rushton: I’m very well, Kevin. Thanks for the opportunity again to be part of the family, I guess.

Kevin Turner: Yeah. And, mate, congratulations on the book too. I believe it’s going very well, it’s now out as an audio book. Has that been published yet?

Rik Rushton: It hasn’t been. It’s been recorded, mate, but it’s yet to go to Audible.com, but it won’t be too far away. They tend to move pretty quickly on those things. So thank you, and again, thank you for your support because it was earlier this year we had an interview and our sales spiked from there. So I’m going to give full credit to you guys.

Kevin Turner: Oh, good on you. That’s nice. That’s nice. Well let us know when the audio book’s out, because is it possible that we can get a little bit of the audio just to say, “This is Rik Rushton reading his own book?”

Rik Rushton: I’ve got some of it now, mate, which I’ll flick to you in email once we’ve finished today-

Rik Rushton: You can have it on your site. It would be my absolutely pleasure to do that.

Kevin Turner: Excellent. Well we will certainly … Can we publish the whole book or just a portion of it?

Kevin Turner: We’ll check on it.

Kevin Turner: Mate, you let us know what we can do and we’re happy to support you any way we can.

Kevin Turner: Mate, the dialogue that leads to the deal in the changing market. What is it?

Rik Rushton: So when the market goes out, the tide of the market goes out, it takes all the houseboats with it. If every other property has adjusted and you haven’t, we’re the standout property that’s still sitting back on the beach at the wrong price point. We need to shift that price point. So the dialogue there is our board says we’re for sale, but our price point says much better buying elsewhere. But we don’t own that dialogue and say that we’re telling them that, Kevin, we’re saying the buyers are giving us that feedback. It’s important to make that distinction.

Kevin Turner: Yeah, very important isn’t it? I mean, all we really are is just the conduit for the information?

Rik Rushton: Exactly. The same conduit applies to a buyer. So when a buyer says, “Look we want to come in low, we think it’s a soft market, we think that even that they want $2 million we’re going to offer one and a half,” or whatever the price point is for your market, effectively what we’ve got to be able to do is hold our position as agents quite strong and say, “Well, look, if that’s what you’re offering you’ll definitely have a brochure but you will not get the keys. If you want to treaty with this vendor you’re going to have to get somewhere in towards the reality channel with your thinking.” That dialogue tends to sort of give them a bit of a reality check to say enjoy the brochure, enjoy that floor plan on that brochure, that’s a close as you’re going to get to the property.

Rik Rushton: We’ve got to be careful how we say that; we don’t want to say it with arrogance. But we do want to say it with confidence and there is a fine line there. But if you can use those two pieces of dialogue, you’re going to start educating both sellers and buyers to the right point which is the ground that we want to get to which is the deal.

Kevin Turner: Just an aside here, when you’re making those points and you’re very right, you’ve got to sound like you’re not arrogant. If you preface that by saying, “Look, I’m really concerned and I’d like to tell you something now that I hope won’t offend you, do you mind if I tell you?” You’ve got their permission to say whatever you like then, Rik?

Rik Rushton: That’s a beautiful pre-frame what you’ve done there. Because if they say, “Yeah, we’re happy for you to now communicate with us, as you say they’re giving you permission but you’ve also laid the ground rules for what you’re going to say to them next. So it’s almost like a speaker who says, “If you hear nothing else for the rest of the day, you just need to hear this next thing now whatever I say next, here’s the most important thing,” and everyone tunes in and says, “What is it?” So it’s about educating them around the fact that it’s dialogue that we need to give them, that they need to hear, but it’s the lesson that we want to get out of it not the words.

Kevin Turner: Mm-hmm (affirmative). Earlier in the week we talked about whether the market softens or we soften in the market. It’s all about dialogue, which we covered today, but it’s also about mindset, which we are going to pick up on tomorrow when our guest mentor, Rik Rushton, comes back. Rik of course the author of a great book, and you can get all the details on that and what he does at his website, rikrushton.com. That’s spelt R-I-K. Rik, talk to you in the morning, my friend.

Rik Rushton: Looking forward to it. 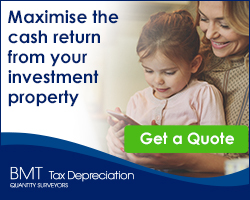